Creating Success by Innovating in Your Own Game Genre

The ups and downs of the journey of defining the Long Term Strategy game genre.

Back in 2009 three German university students created a multiplayer strategy game about global conquest set in the dark days of WWI, where a single game could last weeks or months of real-time gameplay. Over the last 12 years, Bytro Labs has grown to be a multi-million-dollar business with almost 50 team members.

But we’ve never found a quick and easy way to explain our games.

Back in 2009 Supremacy 1914 (and Iron Helmet’s Neptune’s Pride , launched the same year) set the benchmark for a new genre we’ve come to call ‘Long-Term Strategy’ (LTS). It’s a small genre, including games like Neptunes Pride 2 , Conflict of Nations , Call of War , New World Empires , Subterfuge , and Supremacy 1 and 1914 . It’s part Grand Strategy, with economics, research, diplomacy, and troop management on a global scale. It’s part of real-time strategy.It’s part MMO, with up to hundreds of players in a single game. It’s part social game, with players communicating directly to forge alliances, arrange offensives, buy and sell resources, or offer their surrender.

And players have time to talk, because a typical game lasts around two weeks, with some games stretching to months and some even lasting a whole year. Units can take days to navigate the map, so players don’t need to spend hours micro-managing their attacks and defenses. It’s enough to check in a few times each day, plot some actions, set construction or research in progress, and return later to see how the war is proceeding. Games move slowly at first, but quickly turn hectic and exciting in the middle of a full-scale invasion. 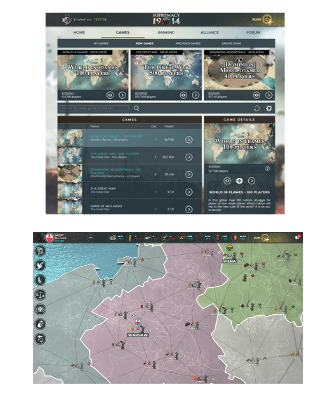 It’s a genre that either sounds a little boring or very cool, depending on your outlook. We’re used to that reaction. When you create a game in a unique genre which exists in a niche (long-term strategy) within a niche (grand strategy) within a niche (wargaming) you get used to polarised reactions from players. But over the last ten years Bytro’s little niche has transformed the studio from a three-person team to a 50-person one, with more than 15 million registered players across Supremacy 1914 and the new Supremacy 1: The Great War, Call of War (WW2) and Conflict of Nations (modern war) which we published in collaboration with Dorado Games.

If you’re creating a game that won’t sit comfortably in a genre box you’ll face a number of challenges, but some big advantages too.

After innovating your new genre, it can be difficult to put it into a simple box for the media, partners and players to digest. You may struggle to define your targets and demographics for marketing, and you’ll find you can’t rely on existing benchmarks from other games. Just because someone enjoys an existing RTS, TBS or Grand Strategy game, it doesn’t mean they’ll want to play a strategy game where a single game can last for two weeks!

If you reach the wrong players or communicate the game poorly, it can backfire. We’ve read negative reviews from players who came to our games expecting a more traditional strategy game and we’ve often struggled to communicate the appeal of the genre to the media. We’re working hard on those problems and addressing the key points of friction for players.

Over the last few years, we’ve worked to optimize and test our Marketing art to communicate the mechanics and unique appeal of the games so that players arrive primed to expect a different kind of strategy title. We’ve worked with influencers and arranged community games so players can watch and learn from veterans. And we’ve tried to improve onboarding in all our titles – doubling the speed of Tutorial games to help players see more of the games’ strategic depth quickly, and we’ve introducing 4x speed events for players who just want to see what the games have to offer.

Communication and education is an ongoing process and something we work on every day.

Growth is challenging for a genre with niche appeal. When you begin you’ll be finding players ‘from scratch’ so look to those parent genres and think carefully about where and how people will play your game. Form relationships with partners who can give you a larger platform and build up your knowledge of what your community likes about your game.

Build on your own success. It took Bytro until 2011 to properly understand our community and what they want from us, which let us develop more titles to meet different enthusiasts in different genre niches – WW2, the modern era, etc. 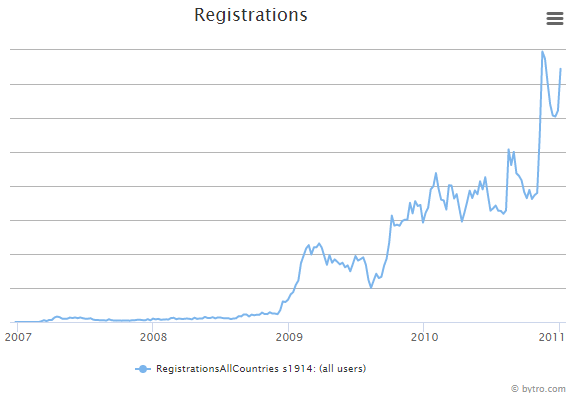 Our biggest fear when launching Supremacy 1 was the risk of eating into the audience we had built for Supremacy 1914. It’s a fear we had faced before with Call of War, where we were so afraid we paused development for six months to work on and launch a colorful game named Topia Island which would be our studio’s least-successful title.

In fact, when we launched Call of War it became our most popular game, bringing in a new audience who found our niche genre appealing but who found the WW2 setting more appealing. We second-guessed ourselves when we should have trusted our own identity and games, and we’ve never measured any significant cannibalization between Bytro’s games. It’s something we always keep an eye on.

Why be a little fish in a big pond? Bytro shares the Long-Term Strategy genre with only a few other titles and developers.

We know our community and we know what they enjoy. We’ve seen success by playing to our strengths, and our greatest challenges have come when we tried experiments like Topia Island or Thirty Kingdoms.

Player retention is very strong – when games last two weeks, it has to be! Players who play Supremacy 1914, Call of War or Conflict of Nations tend to come back and play again. Fifty percent of the active players in our community finish two or more games, and up to 10% percent play on both mobile and PC, taking the game with them from the office to the living room and beyond.

Your creative game in a unique genre might not find an audience on major gaming media or live streams, but it can open the door to unique channels – history channels, military enthusiast influencers, and boardgame fans.

Eleven years on, we still find it challenging to explain Bytro’s games in a nutshell. Some players enjoy the strategic depth and measured pace, others the communication between players, others appreciate the accessibility – the fun of checking in on games between work assignments – and others enjoy the historical accuracy and sense of being involved in a ’real’ war playing out in real-time. 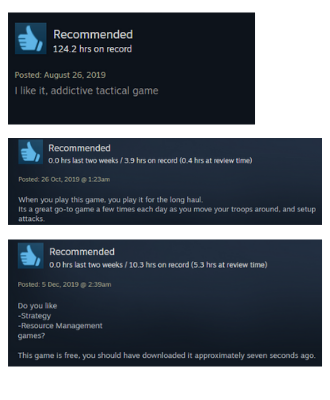 We’ve found there’s a large audience for slow-paced and cognitive strategy games. Eleven years on, we’re slowly trying to expand beyond our core audiences and widen the audience for that niche by making them more accessible and more discoverable on more devices.

By being on Steam, browser, iOS, and Android we’re more easily found by players. We’ve had new players join our community thanks to App Store and Google Play featurings, through our own affiliate network, through marketing and advertising, and through Steam reviews and recommendations that have placed our titles alongside games like Europa Universalis IV, Total War: Three Kingdoms, Stellaris and more.

These are great games that dominate the strategy market, but by focusing on our niche we’ve made games that offer something different without competing with the giants of the strategy genre.

Trust yourself in creating and shipping a game you believe in rather than chasing current trends. Creating something unique and finding a niche is challenging, but it’s better to be number one in your niche than one of many occupying a crowded marketplace.

If you are interested in continuing the conversation or in publishing our games, feel free to contact us at bizdev@bytro.com .