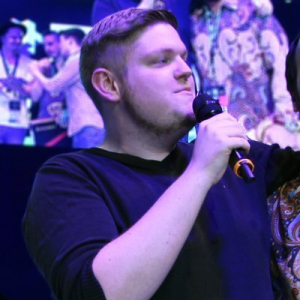 The time has come for another sneak peek into the creative minds of the people that make playing our games possible. Today we get to talk to Niklas, Senior Developer at Bytro whose mission is to give all our players the best experience possible. In this piece you’ll get to know about the challenges he and his team face, the fun parts of the job and of course, some very wise words of advice for everyone who wants to get into the industry and for life in general.

Niklas, What do you do in your job as Senior Developer Java Backend?

At the moment I’m working more on the infrastructure side of things. The buzzword is called “DevOps” in the industry. Being a developer is not only about programming apps in a certain language. For example, I am coming from Java but I’ve always been open minded for other languages and been curious about everything else related to running applications at scale as well as the workflows and processes we, as an agile team, follow. Some concrete examples:

The build and deployment process (Continuous Integration & Continuous Deployment) is a super critical part of modern software development which I focused on the last couple of months here at Bytro.

What did you do before working at Bytro?

On paper the same job (Senior Developer Java Backend) at InnoGames. There I was a bit more focused on the programming part and worked on an (internally) shared library code base for game backends & centralized systems. But of course the structures, processes etc. are very much different compared to a 400+ people company from where I was coming from to Bytro which has around 45 people.

I know you probably heard this answer before but there is no typical day which makes my work at Bytro even more enjoyable. It for sure also means a bit of (positive) craziness since it’s hard to plan for anything at least on a day to day basis. There is only one constant in my day: the stand up. Every day at 10:00 am we will come together as a team and discuss what we did yesterday, what we plan to do today, and raise problems where we might be blocked by something. I wear many hats during the day, e.g. in code reviews I do some sort of QA of the code my colleagues wrote, and I give suggestions on how to improve it which also includes mentoring my fellow devs and sharing knowledge on a very technical level. Another hat would be to investigate why a system is unreliable or slow, which we find out with our monitoring tools which proactively ping us. On a regular basis we also kick off new projects and do some planning, breaking down high level requirements/tasks into chunks of work which we can tackle. Another thing I do is “Translating” business requirements into technical requirements. And okay, I lied earlier…. there is one more constant in a typical working day despite the stand up: I log into one of my active game rounds and play 😉

Which has been your favorite project so far?

Definitely migrating our dev workflow to Github and integrating static code analysis like SonarQube to it. This gives us such a better dev experience and helps us to detect code defects early on. It kinda automated parts of our code review process which gives us time to concentrate on more important things rather than on typos.

What is the biggest challenge you are facing at the moment?

We have such a diverse landscape of systems and services that we need to keep them manageable with a rather small team of developers. In the last couple of months we had to scale our infrastructure quite a bit to cope with increasing numbers of players in our games. Which is super positive but was also quite a challenge for us. We want to give all our players the best experience possible, that’s what we strive for.

What is your favorite videogame?

I love the Counter-Strike series. The competitive aspect and that after over 17 years I still play and love the game. Hitting insane shots or fully focused in a clutch situation gives the extra kick for me in this game.

What advice would you give to a developer that is trying to get into the gaming industry?

Follow your heart and passion. I for example really enjoy participating in game jams. A game jam is a time boxed event (usually ~48hrs during a weekend) in which you create a game prototype. The creative energy is amazing at game jams and since it is recommended to group up with other people which you don’t know it’s also a great event to get into contact with other people who are as passionate about game development as I am.

Give us 3 tips for developer teams trying to improve their workflow/productivity/creativity.

Thank you so much, Niklas!

Want to be on board?

You can find further information about our job openings at bytro.com/career. Your contact person is Susanne Zander. If you are currently not looking for a new challenge, we are happy to invite you to follow us on Social Media!